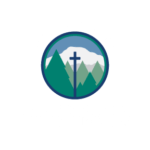 About the Retreat Center

The Archbishop Brunett Retreat Center at the Palisades is an extension of the ministry of the Archbishop of Seattle.  Our mission is to serve the needs of the parishes and faith communities of the Archdiocese. We also warmly welcome groups from other denominations and nonprofit (501c3) groups..

Why come on retreat? Expand

If you have never attended a retreat before, we invite you to give it a try. You will be surprised how God will move in you in just a brief period of time. Our retreat leaders will help you discover how God is moving in your life and where He can lead you. Best of all, as you deepen your relationship with Christ, you will be ready to return home to your loved ones, transformed and refreshed.

What are the upcoming retreats? Expand

Can I book a group event or retreat? Expand

If you are seeking the ideal location for your next group event or meeting, we are ready to serve you and bring your vision to life. We are happy to accommodate special dietary needs, guest room requests, and conference room setup preferences. Enjoy a sense of seclusion in nature, within the comfort and convenience of a modern conference center.

Click here to learn more about our gathering spaces.

The moment you drive up to the Palisades Retreat Center, you sense it is a special, peaceful place.  And it's a relatively short drive from most areas in Western Washington.

Come and enjoy our inspiring view of the water and walk through forested trails and the Stations of the Cross. Enjoy nourishing, satisfying food in the company of other guests. Spend some quiet time in our beautiful Chapel with the Eucharist.

What do people say about the retreat center? Expand

"Over the years, I have taken retreats at every crossroads of my life. The birth of my children, changes in career, wanting always to be the best father I could be to my children, the best friend, the best member of my community I could be. My divorce. My re-entry into courtship. I have come to the Palisades seeking Christ, and He has never failed me. And over the years, my faith that my Lord walks always with me, no matter what, has been strengthened, and enabled me to be the best example to others of my faith that I can be."
— Patrick Dwyer

"I always enjoy coming to the Palisades because it is so peaceful and prayerful. It always feels like coming 'home' to a warm and friendly place. The staff always makes me and the other guests feel at home."
— Fr. Steve Sallis

What are the guest rooms and amenities like? Expand

All guest rooms with their own bathroom, each with a double or queen size bed.

For more information about our guest rooms and gathering spaces, click here.

History of the Retreat Center

In 1954, Archbishop Thomas Connolly recognized the need for a retreat center in the Archdiocese of Seattle. Because of their reputation as skilled retreat and mission leaders, Archbishop Connolly selected the Congregation of the Most Holy Redeemer (the "Redemptorists") to head the endeavor.

The Redemptorists began construction for a men's retreat house in January 1956, and welcomed their first retreatants a short nine months later. Christening the site "The Palisades," they dedicated it to Our Mother of Perpetual Help and St. Alphonsus Liguori, founder of the Redemptorists. The design highlighted the best attributes of mid-century modern architecture, and included a chapel, lounge, dining room, 50 guestrooms, and the Redemptorist monastery. The natural beauty of the site, with its breathtaking view of Puget Sound and native trees, was an important factor in selection of materials, which included rough stone masonry and cedar siding.

No sooner had they broken ground for the Palisades than plans for a women's retreat house began. Archbishop Connolly arranged for the Sisters of the Visitation to construct and supervise the Visitation Retreat House just one mile up the road from the Palisades. The Visitation Sisters moved from their convent school in Lakewood (today the site of the Lakewood Towne Center) and began leading retreats in 1956. In 1993, the City of Federal Way purchased the property and renamed it the "Dumas Bay Center," a meeting and performing arts center.

The Palisades' reputation as an oasis of peace and spiritual guidance grew to such an extent, that the Redemptorists decided to open retreats to women and couples in the 1960s. By the 20th anniversary in 1976, nearly 35,000 visitors had enjoyed the solitude of the Palisades.

In January 2000, the Archdiocese of Seattle took on the commitment to continue the retreat ministry and to expand the role of faith formation and personal spiritual renewal at the Palisades. In 2006, the retreat house celebrated 50 years of service in the Archdiocese of Seattle, following a complete renovation with larger rooms, a shower in each guest room, and new furnishings throughout.

In June 2011, inspired by the vision of Archbishop Brunett, the Retreat Center was renamed in his honor.

Archbishop Brunett's ministry over the years focused on parish work as a priest and pastor with significant contributions to ecumenical and interfaith affairs. He served as a member or chairman of numerous international and ecumenical committees fostering Jewish/Roman Catholic, Islamic/Roman Catholic, and Orthodox/Roman Catholic dialogue, and he co-founded the Ecumenical Institute for Jewish-Christian Studies.

In 1989 Archbishop Brunett was chosen by Temple Beth El of Birmingham, Michigan to receive the Leo Franklin Award in Human Relations in "recognition of his efforts to combat anti-Semitism and to create a climate of mutual respect in Catholic-Jewish relations." In 1996 he was elected chairman of the U.S. Conference of Catholic Bishops Committee on Ecumenical and Interreligious Affairs. That same year he was named recipient of the DOVE Award, presented by the Ecumenical Institute for Jewish-Christian Studies in Detroit. He also served as a trustee for the Catholic Near East Welfare Association, a papal agency that facilitates humanitarian and pastoral support to the people of the Middle East, Northeast Africa, India, and Eastern Europe.It was Archbishop Brunett who envisioned remodeling the Palisades Retreat Center with thoughtful design that expresses a Christian commitment to hospitality. He wanted the people of the Archdiocese to have a retreat center that offered appropriately comfortable and pleasant accommodations for those who came to grow in their faith. By launching the Gift of Faith campaign, Archbishop Brunett generated the funds for the renovation of the Retreat Center. By inspiring the funding, design and construction of the Palisades, Archbishop Brunett made possible the resource we have today.
Archbishop Brunett Retreat Center Dedication; Archbishop Brunett and Archbishop Sartain dedication ceremony; Archbishop Saratain and Archbishop Brunett
Give to the Retreat Center